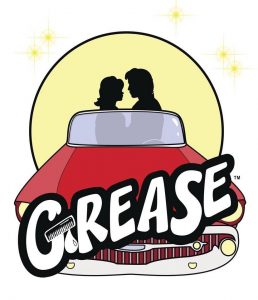 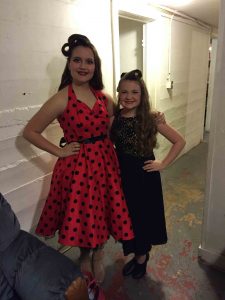 Onstage Woodward’s production of Grease was the first musical theatre production in Woodward to feature Revelation & Co dancers. Ranging in age from 10 – 13, five of our own braved the theatre stage for their premiere performance. While four of our dancers (Ava Bogdahn, Macy Duncan, Kourtlen Dunlap, and Clarissa Elliott) were featured in the large full cast musical numbers, Eve Spaeth was cast in the small but sassy role of Cha-Cha. Revelation & Co owner and instructor, TeNeil Spaeth, was the production’s choreographer and was also featured in the dance contest scene.

Some of the lessons learned during the maiden voyage into the realm of large musical theatre productions:

“The feeling after a musical is over and you realize you have no life. After putting months into making a show perfect, it is all over. It is a feeling of emptiness and sadness. Usually during the finale is when this begins. It can continue from then till weeks or months after the show is finished. You get little pangs when you see something that reminds you of the musical or when you are sitting at home on a night when you would usually be performing or rehearsing……It is really only understood by fellow theatre dorks.”

The only cure is to do another production, so bring it on. 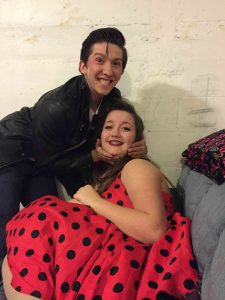 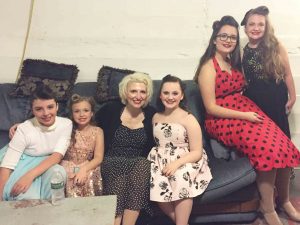 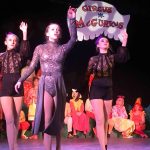 Anything is PossibleLife and Times, Performance Highlights